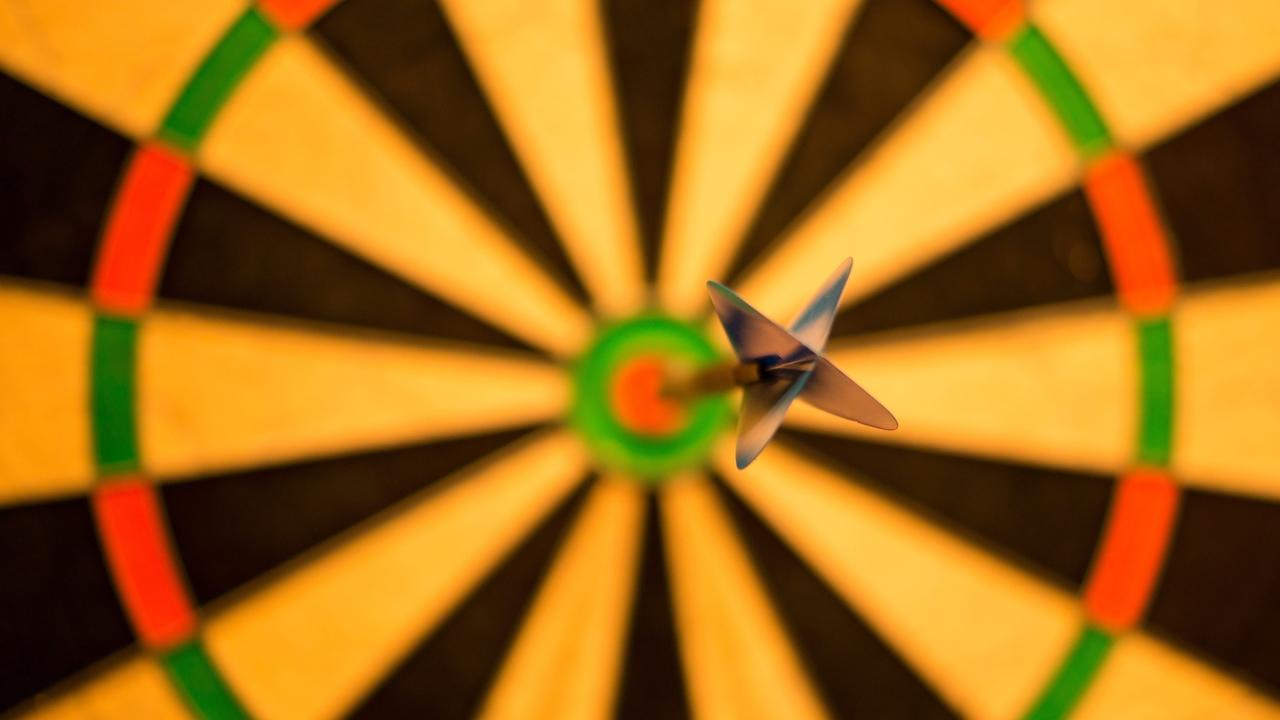 If you’ve been building your practice and exploring card triplets and beyond, you might have gotten a sense that the middle card of a line can bring out something important, anchor the reading, or demarcates the line in some way.

That’s why simple line layouts often have an odd number of cards.

Simple lines are simple because there’s only one line to read and the middle card often helps parse the cards in insightful ways. At the same time, simple lines are not necessarily easy to interpret as the more cards we have in a line, the more skilled we need to be in stringing the combinations into a meaningful story.

The middle card helps with this process, so let’s explore some possibilities around what it can do for us.

IDENTIFIES THE THEME OF THE READING

Lenormand’s cards are flexible. We can make sense of them for any question or context. But each card is also associated with a theme through its main meaning.

For example, the Fish’s main meaning is money, so in a reading it brings out the theme of money. But in the context of a relationship, the Fish can point to sensuality or a fulfilling sex life when positively aspected, or suggest a materialistic relationship when negatively aspected. (That’s in my vocabulary of course, you might have different ideas which is totally fine).

Now, when we have many cards in a layout, and assuming the question is open-ended or doesn’t have a theme, then we don’t really have a context for interpreting the cards - we can interpret them for any and all areas of life.

So the central card (or central structure in bigger spreads like the Grand Tableau) can help us identify what the key theme of the reading is.

For example, the Letter in the middle of a line suggests communication is in focus. The Lily brings out career. The Mouse can bring up a challenge or highlight trust issues.

Using the main meaning of the central card, you can extrapolate the theme of the reading.

You can them interpret the other cards in light of this theme.

Of course, you don’t have to interpret the central card as offering the reading’s theme. You might already have a theme or life area in mind, and you’d then interpret all the cards in light of it.

But when your question doesn’t really have a theme or you’re keeping your reading open-ended, then the central card helps you focus on an area.

It’s good practice to decide beforehand how you’re going to interpret your line, but I admit that we can’t always plan the interpretive process minutely ahead of the experience.

Still, it helps to drill a few readings and interpret the central card as the main theme. Do this a few times and see how you feel about this technique.

An obvious use of the middle card is that it represents the present in past-present-future (PPF) reading. And if the whole reading is set in the future, then it can demarc the earlier phases from the later phases of the story.

Consider a line of five. It can easily be divided into two phases of time: Cards 1+2 can represent a first or earlier phase, and cards 4+5 can represent a second or later phase.

The thing about the present moment is that it does not “stretch” in time. It’s a moment close to zero. But the past and future both stretch in time and we often tell longer stories about them than we do about the present.

That’s why the middle card in an odd-numbered line can be seen as the demarc.

So what does this demarc tell us, really?

The most obvious one is that it tells us what’s happening in the present. It can also suggest what happens - or needs to happen - between that first phase (or the past) and the second phase (or the future).

Simply put, it’s the transition from phase 1 to phase 2.

Alternatively, it can represent the theme at hand - assuming there isn’t one imposed by the query.

In this case, it highlights what we’re looking at here. What is going on from phase 1 to phase 2. And so we’d interpret the cards in light of that theme.

In this line of five, we’ve got the Letter in the middle, the Bird and Scythe on the left, and the Flowers and Road on the right.

As a straight-up PPF reading, we can read the Bird and Scythe as the past, the Letter as the present, and the Flowers and Road as the future.

The line tells us that something has shocked us and that communicating about it now can help us clarify the issue and move past it.

If we take the Letter as highlighting the theme, it might tell us that we’ll be able to get over some shocking or perturbing news, and probably turn it into a positive thanks to the Flowers.

The difference between the PPF interpretation and the central-card-as-theme interpretations is often subtle, but it can be more pronounced with some queries or with different cards.

Somewhat similar to the previous ideas, the middle card can bring out what the key or turning point is to bring out an outcome.

In such a case, the issue can be highlighted by cards 1+2 and the outcome by cards 4+5. Card 3 is the turning point or the key to bring out the result identified in cards 4+5 out of cards 1+2.

Here’s an example with another line of five.

Suppose in the first part we have the Anchor and Book, in the second we have the Clouds and Clover, and in the middle we have the Scythe.

The Anchor and Book can mean that something is closed off or shut tight. Th Scythe then can mean that we need to aggressively open it up, and from there we can clarify the confusion highlighted by the Clouds thanks to the Clover.

Depending on what your reading is about, this can mean unlocking a secret, diving into the details until we figure it out, or get someone stubborn to speak up.

Now, you could be wondering how we’d interpret a line in this way if the cards on the right are negative and the cards on the left are positive. (It’s not often black and white like that, but let’s go with it to illustrate the point).

Well, it would just be read in a similar way.

Suppose we have the Lily and Key on the left, the Whip and Dog on the right, with the Stork in the middle. How would we interpret these mixed cards taking the middle one as the turning point?

For one, it can simply mean that a good thing turns sour - it happens! The Key and Lily suggest a successful phase, then the Stork shakes things up, and we end up in a quarrel with someone.

The Stork in this sense rocks the boat - and the Whip adds to that. Something happens that brings up an issue with a friend (or whatever person might be represented by the Dog). This ‘something’ can be anything from a revelation to an encounter depending on what you feel is most likely in your context.

Interpreting the middle card as some kind of turning points can be subtle if not tricky, but in my experience, it can be pretty insightful.

But I feel that it can also break the flow of the line. That’s why it might help to place the card a little differently, as illustrated here.

You might read the four cards in a normal flow, and then take the middle card to represent a key outcome.

I admit this isn’t my favorite way of interpreting the middle card.

I find this approach works better in larger, Tableau-style spreads where the central ‘card’ is not a card but several cards read together.

Because a Tableau is large, smaller card groups within it stand out more easily without interrupting the flow of the (many) lines and structures we can read in it.

OFFERS THE KEY ADVICE OR TAKEAWAY

While I’m not too fond of reading the middle card as the outcome card, I really enjoy using it for the key takeaway or advice of the reading.

If you’re familiar with my work and have read my other posts, you know that I care for readings to be constructive and actionable  in some way or another.

As you might have heard me say many times before: If you can’t do anything about a reading then what good is it?

I like looking for advice, and I find the middle card conveniently captures the key takeaway.

Interpreting the middle card as advice doesn’t interrupt the flow of the line. You would just read the line as a story, and then go back to the middle card for that added piece of advice.

The Mountain can represent a blockage and with the Whip being a challenging card, there are some obstacles that need to be overcome.

The Child at the end is positive. It suggests that we’re able to overcome the challenges, and move into a new beginning. It can even mean release and forgiveness.

I can take my advice from any and all of these cards, but because the Whip is in the middle, then I’d be tempted to focus on it more than the others.

It tells of the need to tackle this obstacle more aggressively.

This is very different than if we had the Snake in the middle of the line. The Snake does bite but it’s not confrontational in character. It’s much more winding and roundabout in its approach.

As such, the Snake’s advice would be to practice diplomacy and patience in order to overcome the challenge - quite the opposite of the Whip.

P.S. Are You An Aspiring Lenormand Reader?

Lenormand Reader’s Master Courses are now here! Enrollment is open and I invite you to check out the different programs I offer. The Certification covers all the others and offers you an awesome saving.