The Clover is about luck and is one of the brightest cards of the deck. And the Dog is about friends and friendships, but it can represent colleagues, siblings, and really, anyone in our peer group. Sometimes, it can represent a child especially when s/he is older (as opposed to the Child, which represents a baby or toddler). The Dog generally points to loyalty, and often represents a person.

Together, the pair suggests supportive friends or one specific friend who is helpful and whom you can trust. It also suggests that you get help just when you need it because of the lucky element of the Clover.

The Fish is the card of money, and so the triplet can suggest a customer, one that brings in good income. These cards might also suggest a job offer or a colleague who supports you with financial goals.

The Dog in this context might alternatively suggest someone who helps out with money and finances like an accountant, a bank teller, etc. - although I typically use the Fox to represent such a person. We might also read this triplet to suggest someone we spend on. I do not feel the order of the cards changes the meaning in this triplet.

This is a very bright combination as the Flowers is very positive. It is also associated with the idea of someone returning, so the triplet can suggest we happily hear back from someone.

Or it can point to forgiveness and healing, and so with the Dog, clearly the relationship is saved. We get along with this person and we can trust them. Again, I do not feel the order of the cards matters here. Return and forgiveness is the distinct meaning that the Flowers adds to the triplet.

The Star is another lovely card that brings healing, so it is similar to the Flowers in this sense. It is also about wish-fulfillment, so the cards can point to someone who helps us achieve our goals, and possibly bigger ambitions. I do not feel this is very different from the triplet with the Flowers, although the Star is more focused on wish-fulfillment, bigger aspirations, and faith.

The Road is about change, and in relationships, it is often about endings as opposed to beginnings, because the Road tends to represent someone who is a little flaky and not very settled. So with the Road on the right, going separate ways and giving space could be ahead, especially if the context of the question is about a tricky situation with someone.

With the Dog on the right (as in Clover, Road, and Dog), the return of someone is more likely than when the Road is on the right. So in this triplet, the order of the cards seems more relevant. Still, the Clover being so bright suggests that this is a positive combination overall.

The Rider represents someone supportive so in this sense it can be abit like the Dog. News and messages are also associated with the Rider, so we can look forward to good news in this triplet.

The Rider is also about goals, so it encourages us to move ahead, and possibly the Dog could be the one who gives us this motivation. If the Dog and Rider are adjacent, it is possible that they represent the same person, suggesting that help and good news come our way. In relationships, it might be a good idea to take initiative to reach out to this person because the Rider is proactive and the Clover is very lucky.

The Snake is a tricky card that is often associated with someone dishonest and unfaithful. In relationships, it typically points to cheating. The pip of the Snake is the Queen of Clubs and by itself this card often refers to a person. So with the Dog, the idea that a person is represented by the cards is even more likely - as opposed to representing a situation, for example. So the Snake and Dog suggest someone who is not well intended. But thanks to the Clover we are able to see through this person and will be protected from their intention or any trap they might try to make us fall into.

The Snake can also advise us to maintain silence toward this person and not share much with them. The Snake is a card of diplomacy, and it is often a good idea to adopt its strengths when it shows up in a reading.

With the Clover between the Snake and Dog, it is possible that we have unnecessary doubts about this person. I feel this is an unlikely interpretation because the Snake can be pretty toxic but it might be possible in some contexts.

With the Snake at the end of the line and the Clover in the middle, it is a good idea to move away from this person, as would be suggested with the Road. And thanks to the Clover, there is a good reason for it. The Clover might also suggest that moving away won’t affect this person as negatively as we might think.

The Coffin represents an ending. At the end of the line, the end of a relationship looks to be ahead. With the Clover, there is a good reason for it.So this is similar to the combination with the Road, except that the Coffin can be a bit more final. But with the Coffin, Clover, and Dog, the return of someone is possible, and this would be similar to the triplet with the Flowers.

The Heart and Dog specifically suggest a friendship as opposed to a love relationship. This interpretation is specific to my approach, which I inherit it from Titania Hardie. I would take the Dog and Ring to suggest that a love relationship grows out of a friendship. So in the context of a love reading, this triplet might suggest focusing on the friendship aspect of the connection, at least for the time being. Other authors might have a different way of interpreting the pair. In all cases, this is a wonderful relationship with plenty of support and happiness. 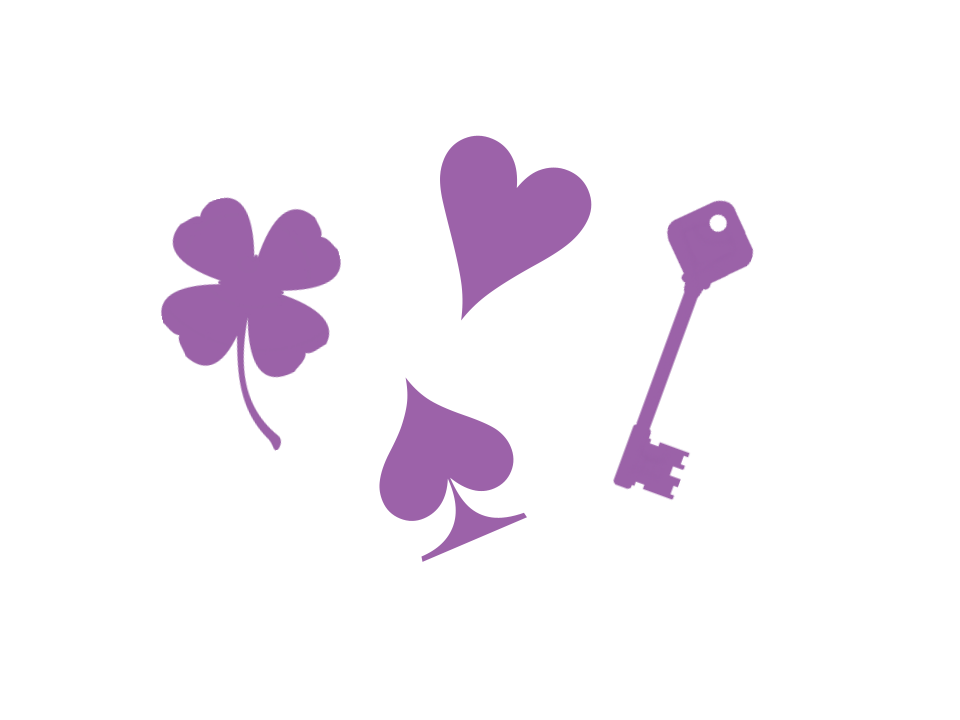