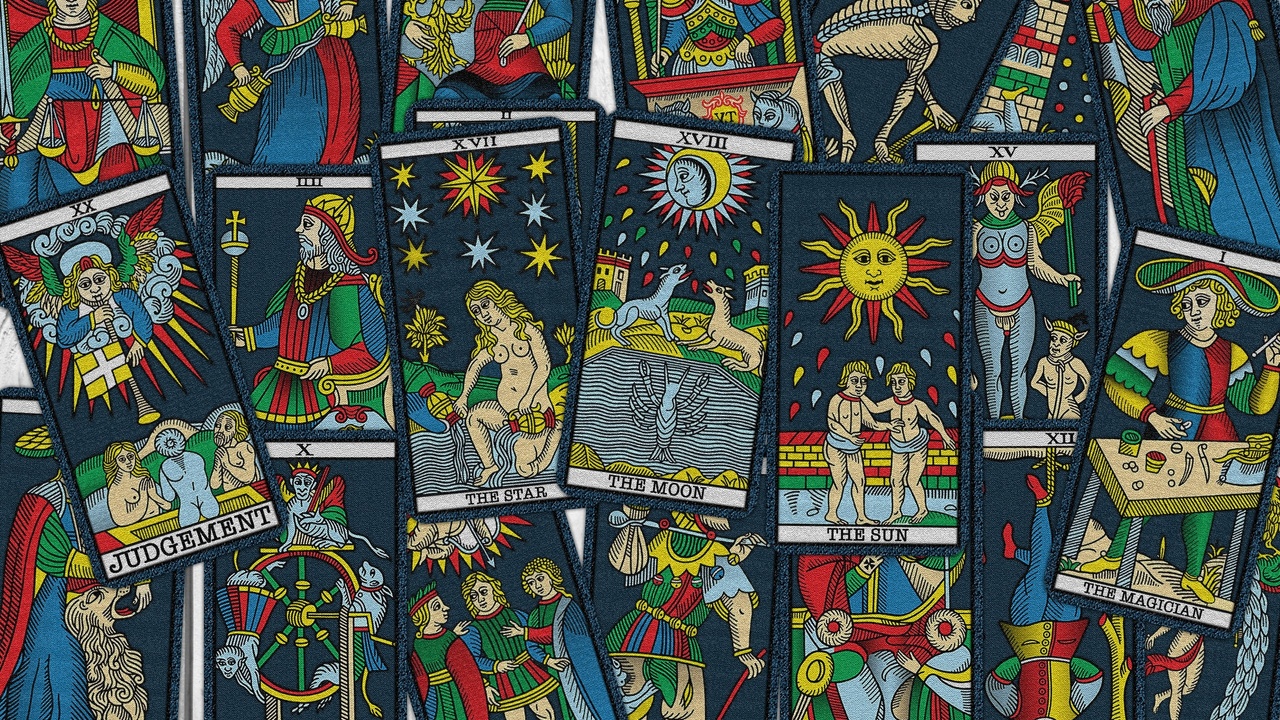 DIFFERENCES BETWEEN LENORMAND AND THE TAROT

Though they keep gaining in popularity, Lenormand’s cards are not as well-known as the Tarot, and Lenormand Readers often find their way into Lenormand having started with the Tarot first.

Like most of you, I started my divination practice with Tarot cards - the Tarot de Marseilles to be exact. I then explored some oracle cards and the Runes, and only after that landed on Lenormand’s deck. Titania’s Fortune cards have pretty much been my main deck, though I’m fluent with many others as well. Lenormand quickly became my favorite method of divination, and I use it almost exclusively.

Reading Lenormand can be quite a switch away from the Tarot even though they’re both card-based forms of divination. In fact, the differences between the two are quite deep, and this isn’t likely to be the last post on this topic!

An obvious fact is that both decks have similar cards, but this doesn’t mean that they’re similar in meaning.

For example, both decks have a Moon and Sun. In the Tarot, they’re the major arcana Moon XVIII and Sun XIX. While the Sun in either deck represents all around success, positivity, and a sense of accomplishment, the Tarot’s Moon tends to be more negative than Lenormand’s.

Lenormand’s Moon is a card of softness, intuition, femininity, and also success. But in the Tarot, it’s clearly associated with illusions and psycho-emotional complexities. Lenormand’s Moon can take on such connotations, but it usually needs negative cards nearby to bring them out.

Another salient false friend is the Tower. Tarot’s major arcanum XVI spells collapse and a breakdown of the status quo. While this can be liberating, as indeed the next arcanum is the healing Star XVII, it’s often a challenging card. Lenormand’s Tower on the other hand is completely unrelated in meaning and character. It’s a card of time, wisdom, and experience. It also often refers to divine guidance and the mysterious sense that our path has a higher purpose.

What other cards can you pick out in common with the Tarot and Lenormand? Are they similar in meaning or different? Check out my Free Resource Tarot Friends And False Friends for more ideas.

THE ESSENCE OF LENORMAND IS CARD COMBINING

This is by far the most enjoyable feature of reading with Lenormand’s cards. They’re stringed together like words in a sentence and produce a sense of free flow. This is really liberating for the interpretive imagination, and that’s why it’s so easy to lose yourself in a Lenormand layout - especially a large one like the Grand Tableau.

In fact, Lenormand layouts are designed to enable the reader to string cards in sentences. Cards are read many times over as part of many different sentences and structures. This is very different from the Tarot where a card is restricted to a spot in the layout and tells us just about that spot. 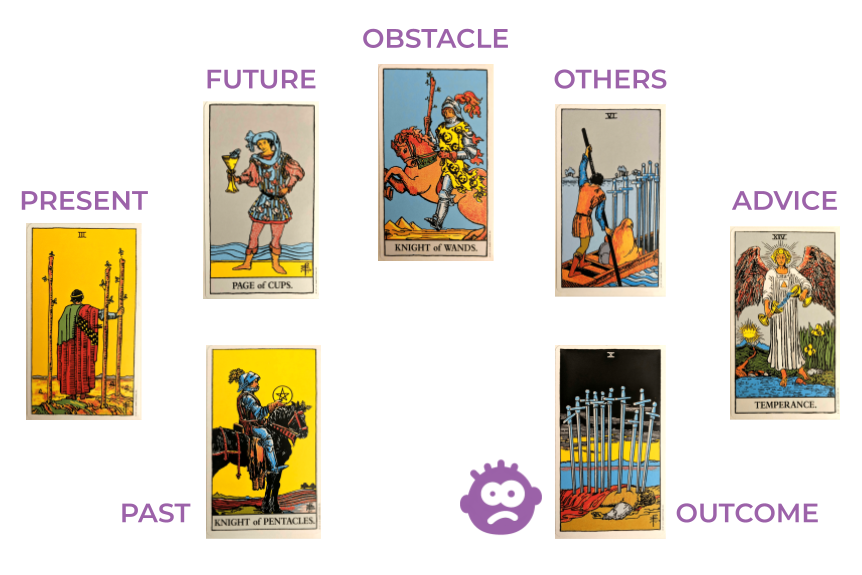 Lenormand layouts rarely assign a specific meaning to card locations. Instead, several cards would represent the past or future (except in very short three-card spreads), and the same card is read over and over as part of different sentences and structures. This is a key distinction of the Lenormand method.

So Lenormand’s version of reading the horseshoe can be red exactly like with the Tarot, but it’s also amenable to be read like stringing beads of a necklace, i.e. interpreting cards 1 and 2 together, then 2 and 3, then 3 and 4, and so on until card 7. This often provides a lot more insights and details.

Additionally, other structures can be uncovered and different readers might attribute different meaning to them. For example, you might read cards 1, 4, and 7 as the key to manifesting your (or the querent’s) desire.

You might combine opposite cards, like cards 1 and 7, cards 2 and 6, and 3 and 5. Really, the ways to combine Lenormand’s cards are endless, and you only need to have a general structure in mind before you draw the cards.

Some Tarot authors make an honest effort to combine Tarot card meanings. This likely stems from the all-too-common awkwardness produced by a spread that appears to go well, but then its outcome card is completely off.

Look at the horseshoe layout above. All the cards are positive, except card 7. You might wonder why you’re getting the Chariot reversed as the outcome, when the future card is the lovely Sun. This also makes it difficult to explain the result and confuses us about what the best course of action is.

On the other hand, card combining with Lenormand is much more than a natural part of its method - it’s the whole method, in fact. So Lenormand layouts rarely pose the kinds of contradictions observed with the Tarot because Lenormand’s cards produce new and unique meaning every time they combine.

LENORMAND'S CARDS ARE VERY DOWN TO EARTH

It takes next to no time to understand and resonate with Lenormand’s cards. That’s because its symbols are everyday people, animals, plants, and objects that we readily connect with. It’s very easy to associate friendship with a Dog, or endings with a Coffin.

The Tarot on the other hand has plenty of esoteric symbols embedded in its imagery, and it often takes a bit more effort and practice before these symbols become a natural extension of our spiritual vocabulary.

So the ‘work’ in Lenormand is not so much in learning individual cards, but it’s about interpreting them in sentences - or what we call Tableau-style reading.

I find that the Lenormand experience is very, very different from the Tarot’s, and if you’re not familiar with it, I cannot encourage you more to explore how it will deepen your divination practice. Start with my Free Resources or dive into my Master Guides. I promise you’ll love Lenormand like nothing else! 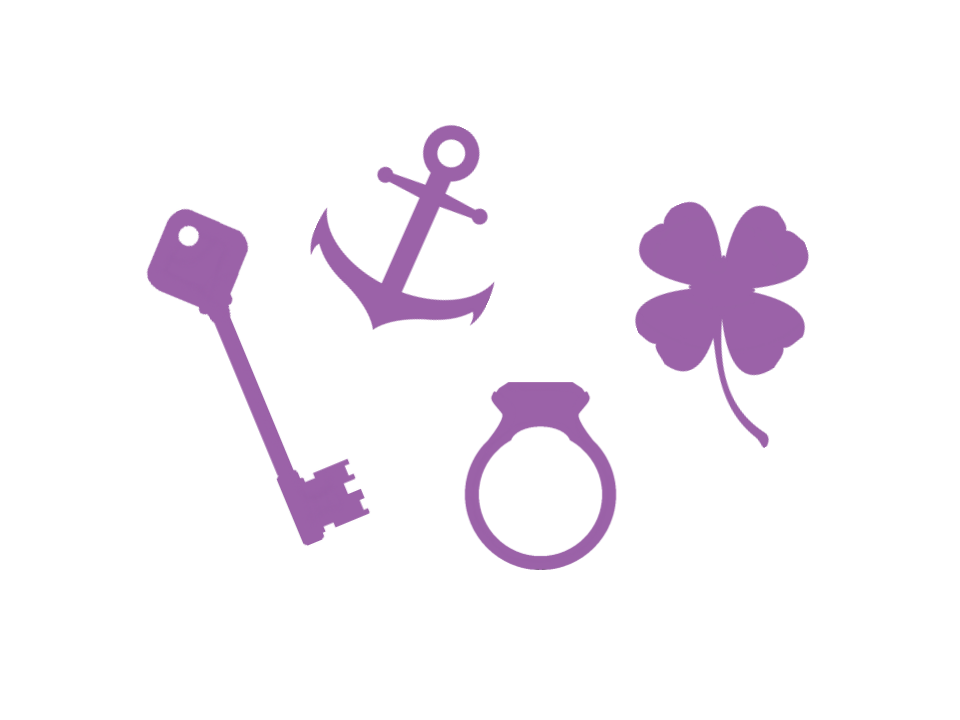 Want To Become A Lenormand Reader?

Lenormand Reader’s Certification Program is the only one of its kind, in size and depth, to help you master the amazing Lenormand deck. This Program is filled with knowledge and practice accumulated through 20+ years of study and practice. It is organized into a real body of knowledge and delivered with best in class, online, on-demand video. Join the waitlist so you secure your spot when registration opens.