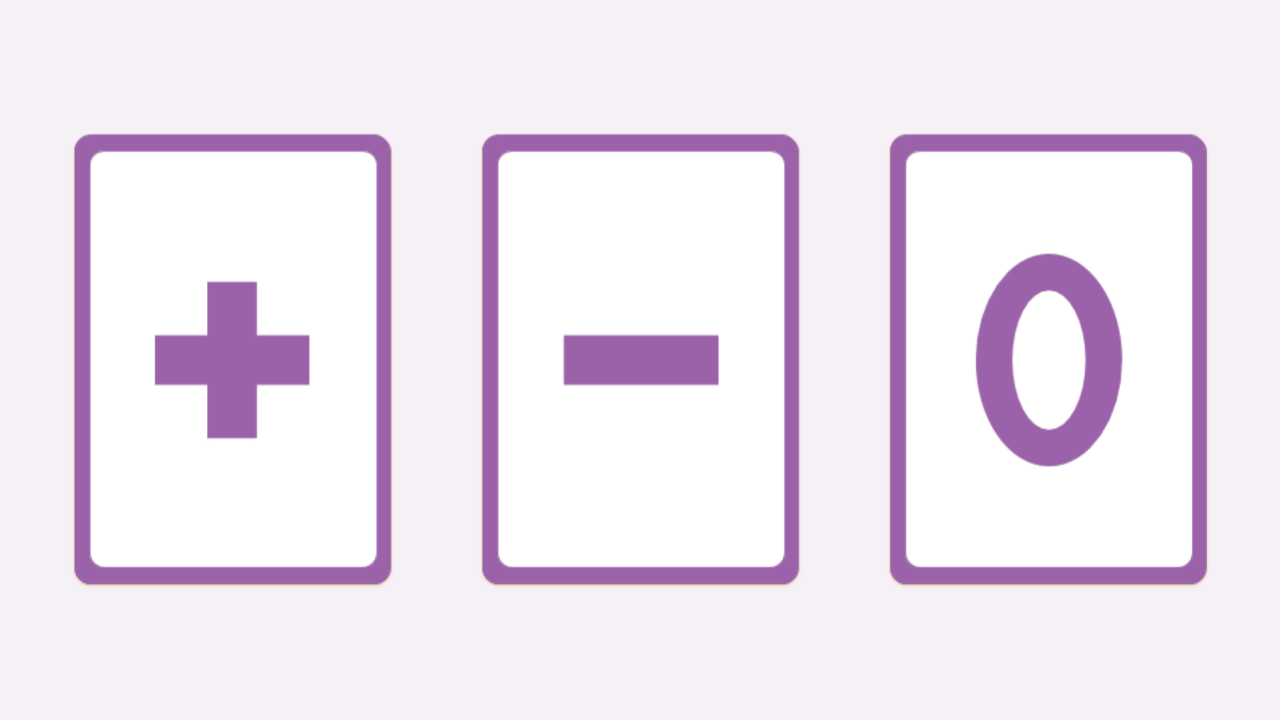 After just a short while exploring Lenormand’s cards, it becomes clear that they can be broadly divided into positive, negative, and neutral cards.

This is one reason why it’s easy to learn Lenormand and why we quickly make a connection with the cards.

Interpreting cards as positive, negative, or neutral is one of the first steps in making sense of a Lenormand reading.

In my most recent post, I described how central cards can guide the theme of a reading. Once we’re clear about what theme the reading is about, or if we already have a theme based on the question, we naturally want to determine whether the reading is generally positive or negative.

Most Lenormand authors agree on which cards are positive, negative, and neutral with just a few differences arising between them.

Let’s explore some dynamics around this Lenormand cards feature.

The Sun, Star, Flowers, and Clover are all obviously positive, and we immediately pick that up. We love it when they appear in a spread as they brighten the whole reading.

There are many other cards that are also positive but perhaps they’re not as obvious as the Sun or Star. These include the Child, the Heart, and the Tree.

I believe that the reason such cards are not as obviously positive is because they have a more specific theme than just being positive, wish-fulfillment cards.

So while some cards are all about success and positivity, others appear to carry a theme in addition to being generally bright.

For example, the Child is a joyous card of openness and innocence through its association with children, but it’s also a card of beginnings and taking first steps - and beginnings aren’t always easy.

The House is another lovely card. It points to home, family, roots, and all things solid and reliable. But our family or living situation is not always rosy.

Bright cards that also carry a theme are prone to being influenced by negative cards.

Do you make similar distinctions when you read your cards? Would it matter for your practice?

To continue with the example of the House, consider the House and Clouds.

The Clouds is a challenging card that suggests confusion and muddled situations. With the House,  it’s pretty clear there are issues going on at home or in relation to our living situation.

So, although positive on its own, the House is one of those cards that can be affected by nearby negative cards.

How about the Sun and Clouds?

I like to read it as a shining light that helps us see through the confusion. How would you read it?

There are also quite a few negative cards in Lenormand’s deck, and they stand out pretty clearly too: We easily associate the Whip, Snake, Clouds, Coffin, and Fox, with challenges.

As with positive cards, some negative cards point to just outright challenge or negativity, while others might have a theme associated with them.

For example, the Whip is just challenging and it almost always affects nearby cards negatively.

But the Coffin, though associated with illness or nothing much happening, is also about endings - and endings can be welcome too.

To continue with the example of the Coffin, consider this combination: Coffin + Sun.

I read it as a happy ending. Or perhaps a phase of waiting or of feeling down ends and we have a renewed sense of energy and vitality.

What do you make of it?

Lenormand’s neutral cards are those cards that aren’t obviously positive or negative, and that can easily go either way depending on nearby cards.

They tend to carry a theme more than anything else.

For example, the Book, Letter, or Lily are neutral cards that clearly carry a theme. The Book is about knowledge or mysteries. The Letter is about communication. And the Lily is about career and life path.

For example, the Letter and Whip is clearly about bad news.

And the Letter and Sun is clearly about good news.

Neutral cards combined with other neutral cards often produce a mute reading - or a reading that doesn’t seem to say much.

It’s also a reason why Lenormand layouts need a few cards to tell a helpful story.

CAN SOME CARDS TRUMP OTHERS?

Do you pick that up?

So what happens when the Sun and Whip appear together? Which one wins out?

In my Lenormand lexicon, I read some positive cards as always positive. I feel they’re always able to overturn negative cards. I call them “trump positives”.

So in my dictionary, the Sun wins over the Whip.

But you don’t have to follow my approach! You might interpret this combination differently, and it could depend on the context or the query.

Some interpret the combination as more positive or negative depending on the order of the cards.

So, in the first illustration, Sun and Whip tends to a negative interpretation because challenge comes after happiness.

If the order were reversed, Whip and Sun would suggest a happy resolution to a challenging issue.

Some authors I’ve come across will even read the Sun and Clouds as more negative. They suggest that the Clouds dampen the brightness of the Sun.

These are all interesting approaches to interpreting Lenormand’s cards and combinations, but they’re not in any way set stone.

Think about how YOU feel about the cards and how you would interpret different combinations of positive, negative, and neutral cards.

The key is to become more aware of these nuances because they help us refine our interpretation skills.

P.S. Are You An Aspiring Lenormand Reader?

Lenormand Reader’s Master Courses are now here! Enrollment is open and I invite you to check out the different programs I offer. The Certification covers all the others and offers you an awesome saving.