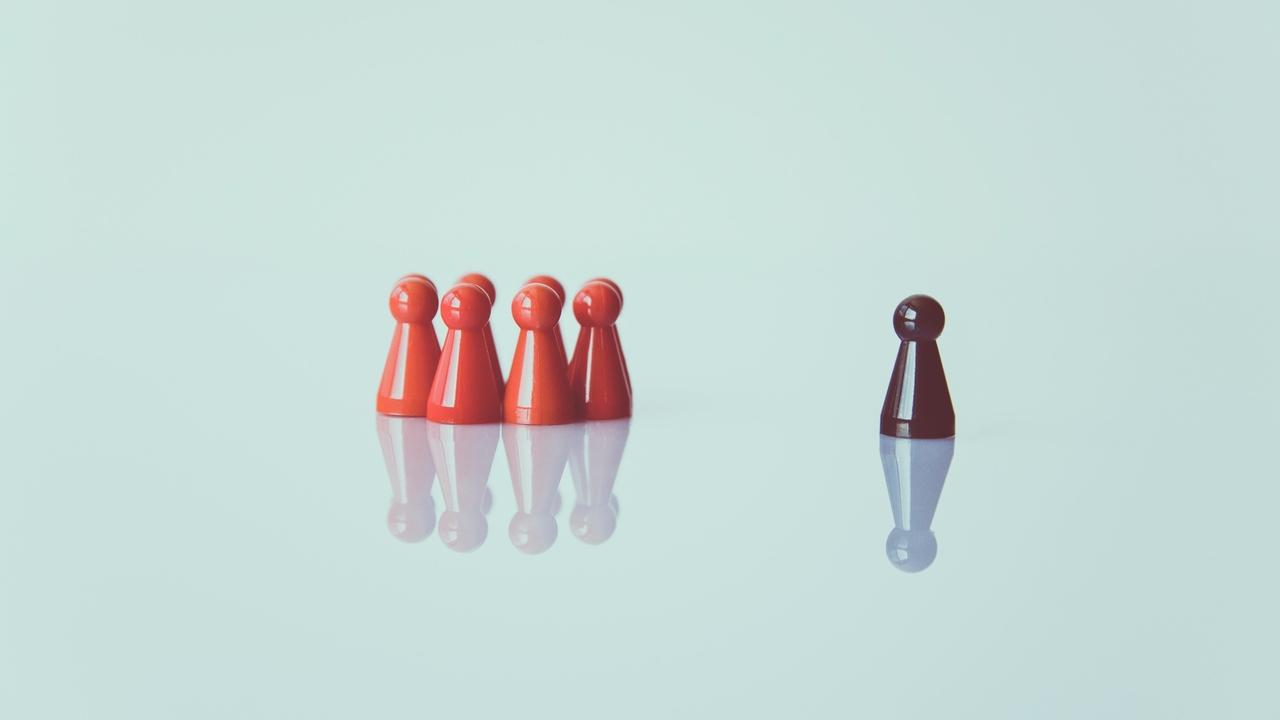 WHAT MAKES LENORMAND SO SPECIAL?

Building on my last post - about how weird the Lenormand deck is - I want to tell you about why it’s so wonderfully special.

Do you feel like you’re attracted to Lenormand’s deck without really knowing why? What made you pick it up when you first discovered it? Do you remember that experience?

Lenormand is unlike any other deck you’ve seen or used, but it’s not always easy to pinpoint why it’s so special.

Beyond its appearance, there are key features that make Lenormand super special.

I want to share with you what I believe and know makes this deck so interesting and unique.

I’d love to know your thoughts as well!

When you first examine the cards in the Lenormand deck, you’ll recognize most, if not all, symbols on its cards, as all of them come from our day to day environment.

Can you organize the different cards into these groups? Where would you put the Rider? What about the Garden? How would you group the symbols differently?

Obviously, this isn't about getting it right or wrong, it’s just about recognizing the cards and categorizing them to become more familiar with the deck.

Because the card symbols are from our everyday environment, we immediately make associations with them. It’s very easy to think of the Fox as sly, the Coffin as an ending, and the Heart as loving.

There are only a few cards that can seem a little tricky at first. For me this was the Tower and the Cross. I couldn't tell at all what the Tower would be about, and while the Cross is obviously a spiritual card, its Lenormand meaning is a little more intricate. The Garden was also a little tricky for me as it can have a range of possibilities.

What were the tricky cards for you when you started exploring Lenormand?

In general though, we can agree that Lenormand’s card symbols speak directly to us.

But this doesn’t mean that Lenormand is simplistic. I recall being a little suspicious of the deck when I first picked it up.

In fact, Lenormand techniques can be quite complex. This isn’t to say that they’re difficult or complicated, but that they’re sophisticated and offer a lot more than meets the eye.

The balance between Lenormand’s simplicity and the depth of its uses can be quite mind-boggling.

I think a lack of clarity around how a simple 36-card deck can produce massive stories like those weaved in a Grand Tableau, might put some people off from exploring Lenormand. So I want to dispel this confusion in the next points.

36 is small for a fortune telling or oracle deck by most standards.

The Tarot has 78 cards that are often read both upright and reversed, making it produce 156 unique meanings. Most angel oracle decks have 40 or more cards. And even a simple playing card deck (sometimes used for divination) has 52 cards.

But 36 cards is so nice and light. It’s easy to carry, shuffle, and handle in every other way.

And without meaning to go overboard with tooting the Lenormand horn, it doesn’t need more than 36 cards!

Not only is Lenormand based on the ingenious technique of card combinations that we’ll talk about next, but the range of symbols that make up its cards is carefully varied to represent archetypal experiences that we humans go through.

Furthermore, the range of day to day symbols on the cards make the deck very practical. Lenormand newbies and others who benefit from its readings (like folks who watch Lenormand Reader’s YouTube channel), immediately pick up how down to earth and practical Lenormand’s cards are.

Indeed, it’s typical of Lenormand to speak of everyday but important matters and offer helpful and actionable advice.

I never got this much practical guidance from a deck as much as I have from my Lenormand readings.

The most amazing feature of the Lenormand deck that sets it apart from just about every other deck out there, is the card combination technique.

Unlike other decks where card combining is an accessory technique, in Lenormand, it’s the cornerstone of the practice.

Understanding individual card meanings is only the starting point for reading Lenormand. Interpreting combinations is the key to interpreting the cards.

This is the key reason why the Lenormand can stay nice and small, and why it doesn’t need more cards.

Card combinations are also the cornerstone of the practice. It is precisely this feature that drives the way Lenormand’s cards are laid out.

If you watch Lenormand Reader’s videos, you might have noticed that cards are often laid out in simple lines or in grid-like configurations.

As of this blog post date, the weekly video readings on Lenormand Reader’s channel are a simple three-card line, and the monthly readings use an Hourglass layout.

In previous years, I used the nine-card portrait for the monthly forecasts, and the annual readings remain the Astroclock made up of twelve 3-card lines - one set per month.

There are many more layouts used with Lenormand, but what they all have in common is that cards are read in “sentences” much like words that are stringed together.

The fact that card combinations are the way Lenormand’s cards are read, drives how they’re stringed into sentences of two, three, and more cards - up to eleven as far as my own portfolio of layouts is concerned.

On top of this amazing feature, Lenormand's grid-like layout configurations, like the nine-card portrait and the Tableaus (as opposed to single lines), means that lines can be read horizontally, vertically, and diagonally.

This, in turn, means that cards are interpreted many times over as part of different lines and sentences. And this is another key feature that sets Lenormand apart from any other method.

In the Tarot for example, each card is assigned a specific position within the layout. Cards don’t ‘move’.

It’s not only many different lines that we can interpret in a Lenormand layout, but other structures made up of non-adjacent cards as well.

To illustrate how versatile Lenormand is, think again about how Tarot cards are laid out.

Consider the popular Horseshoe spread. Each card is assigned a position on the layout and each position has a specific meaning - like past, present, future, advice, outcome, etc.

The Tarot cards don’t ‘move’. They’re interpreted to make sense in light of the position they’re on.

For starters, this is a pretty flat and two-dimensional way of looking at the cards. In other words, it’s limited. But another problem that arises from this is that card contradictions are hard to resolve.

This spread is one that I got for a client - once upon a time in my early days as a reader - and I was rather embarrassed about what to make of it.

Not only is the ten of swords the outcome card and is in complete contradiction with the meaning of the other cards, but it looks awful too! I mean all the cards are nice and bright, and then the ten of swords appears with all its blackness!

It’s visually perplexing - not only awkward to interpret.

But this issue doesn’t happen with Lenormand. That’s because the cards are not allocated to a certain position, and because cards are read in combinations. So there aren’t contradictions.

Contradictions don’t happen in Lenormand because cards are combined to produce a unique meaning.

With the Tarot and other methods, there are many more layouts because different spreads answer different types of questions.

The Horseshoe is pretty versatile, but it has to indicate the past, present, future, and the other positions. The Celtic cross has to cover the many different areas it covers - often producing a choppy story, unfortunately.

Not so with Lenormand. Lenormand layouts are fluid and flexible.

You can choose to read past, present, future lines, or not. You can assign certain meanings to some card positions, or not.

That’s why Lenormand Readers usually have just a few go-to layouts in their layouts, often including the magical nine-card portrait and the masterful Grand Tableau. And odd-numbered, single lines are typically used for daily readings and simple questions.

Any of these layouts can be used for just about any question. It’s just a matter of how much detail you want that helps you select a bigger or smaller spread.

As I hope it now makes sense to you, the Lenormand deck is special in many ways. But the 2 key features of its method are card combinations and Tableau-style layouts. They’re intimately connected as card combinations drive how layouts are done.

So next time someone asks you about your Lenormand deck and what makes it special, share these ideas with them or forward them this post. Who knows, you could change their life!

P.S. Are you trying to make sense of Lenormand?

If you’re feeling frustrated with trying to piece the Lenormand world into something whole and coherent, I understand you completely. I was there! Try Lenormand Reader’s Master Guides. They’re a comprehensive resource for learning and practicing Lenormand. Take advantage of the bundle and save 20%!

Yes! Save me time, money and frustration. Show me the Master Guides!